Sir Syed Ahmad Khan (1817-1898) was the single most important Muslim social reformer in the subcontinent. His radical thinking on Muslim identity, education and social cohesion fueled transformative change in the Muslim community eventually leading to a political push for a separate homeland for them.

Colonial rule shattered the remnants of Mughal rule in India. The violent shift from kingship to a minority – that was excluded from economic, cultural and political life – left Muslims reeling. In this context, Sir Syed Ahmad Khan’s demand for educational advancement among young people rather than bemoaning the shift in fortunes was a bracing tonic. The creation of the Mohammadan Anglo-Oriental College at Aligarh in 1875 was a validation of his views. The college eventually became the Aligarh Muslim University in 1920 – a renowned academic institution. The driving force behind these institutions was the Aligarh Movement. Galvanized by Sir Syed’s thinking and the efforts of like-minded thinkers, the Aligarh Movement promoted education as the key to progress and development while emphasizing the necessity of social and cultural cohesion among Muslims. Holistic in its approach the Aligarh Movement valued both scholastic prowess and a singular political identity among Muslims.

The Aligarh Muslim University Old Boys’ Association of Pakistan continues to serve the next generation of its community. Members of the association successfully established:

And, more recently, AMUOBA has started the construction of Sir Syed Tower to provide space for more educational facilities in the heart of Karachi in keeping with the spirit of Sir Syed Ahmad Khan. Accordingly both the University and AIT are dedicated to providing rigorous educational opportunities to young people in Pakistan. 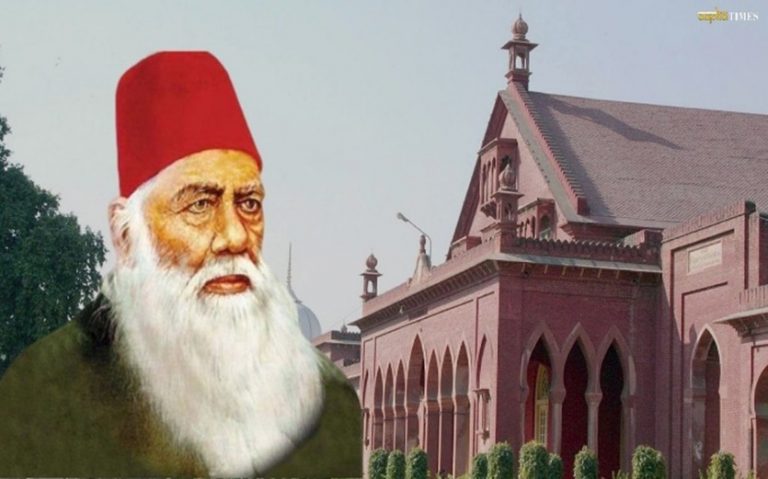